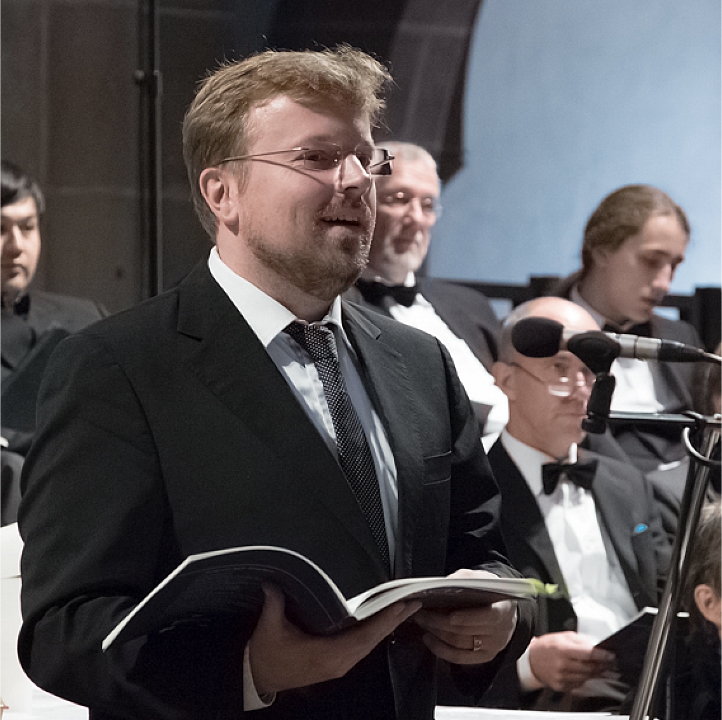 Born in upper Bavaria, he began singing with the Regensburg Cathedral Choir (Regensburger Domspatzen). At the Cologne University of Music, he studied singing with Kai Wessel, receiving his degree in 2007. While there, he already won numerous prizes and earned scholarships. The critics praise Franz Vitzthum's counter-tenor voice for its precision in intonation and flexibility. It effortlessly reaches up into the mezzo range, and delights with an extraordinary beauty. He has been invited to give recitals at the Rheingau Musik Festival, at the Handel Festivals in Halle, Karlsruhe and Göttingen, at La Folle Journée de Nantes, and at the Bach Festival of Philadelphia. He has worked with the conductors Nicolas McGegan, Andrew Parrot, Hermann Max, Peter Neumann, and Christoph Poppen, among others. He has also taken part in various operas and oratorio productions, for example, in Scherz, Satire, Ironie und tiefere Bedeutung (Glanert), Jephtha and Solomon (Handel), Orfeo (Gluck), Orlando generoso (Steffani), and most recently in Spartaco (Porsile) at Winter in Schwetzingen. Chamber music is also one of Franz Vitzthum's passions. He regularly gives concerts with the lutist Julian Behr and the Ensemble Capricornus from Basel, as well as with his own vocal ensemble Stimmwerck, which he founded. This many-faceted activity is reflected in his continually expanding discography. Following his debut solo-CD "Ich will in Frieden fahren” with the viol consort Les Escapades, Franz Vitzthum released a further solo-CD of Baroque sacred vocal music for Christophorus, early in 2012.