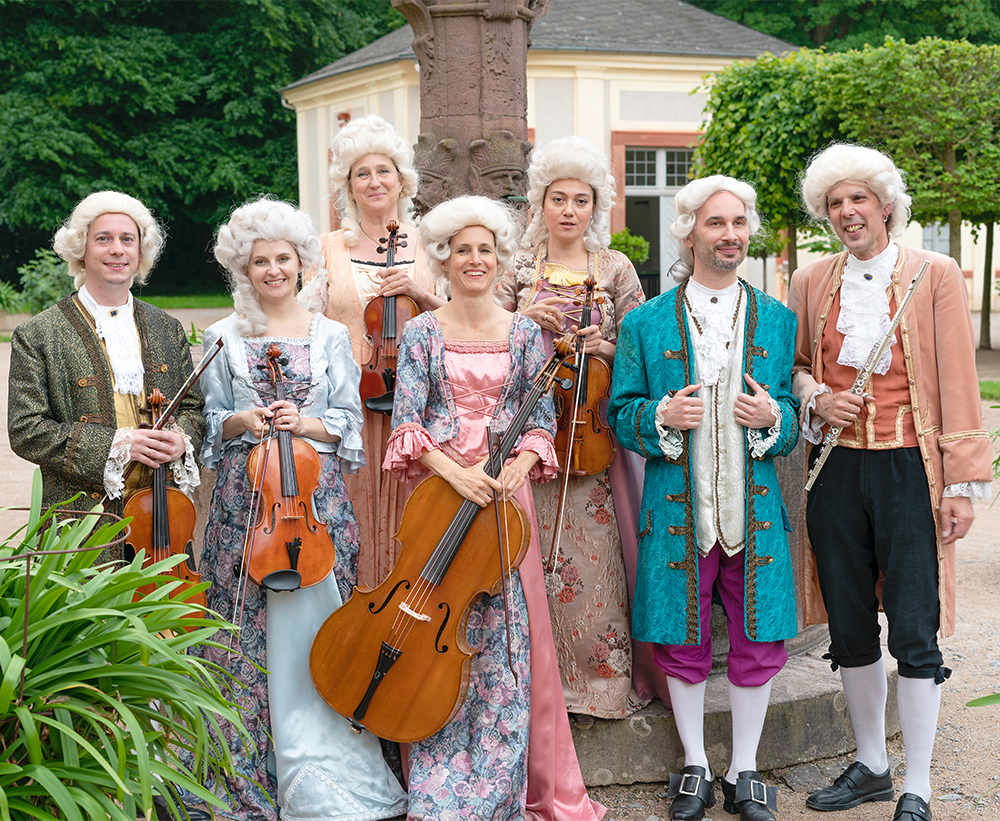 The first founding of the Quantz Collegium dates back to 1936, when the then 22-year-old flutist Ernst Friedrich Wilhelm Bodensohn (1914-2003) founded a chamber music ensemble and gave him the name of the "father" of the German flute history, Johann Joachim Quantz. The 2nd World War destroyed all further plans. After the war, Bodensohn became the first solo flutist of the newly founded SWR-Symphony-Orchestra in Baden-Baden and lived there with his family. In addition to his orchestral work under the conductors Hans Rosbaud (1895-1962) and Ernest Bour (1913-2001), he founded in the 1950s with colleagues once again the Quantz Collegium. After discovering the Wonderful "Favorite Palace" near Rastatt in Germany, he succeeded with great commitment in 1957 for the first time to perform the "Festive Serenades at Rastatt Favorite Palace". The today since more than 60 years existing concert series is charcterized by one particular aspect: The less known composers of the Baroque and Classical periods should be made accessible to the public by confrontating them with the great, unforgettable masters of music history. Furthermore, the historical ensemble of the namesake Johann Joachim Quantz at the court of Frederick II. is role model and obligation for a further focus on musical content: The performance of flute music from the Baroque and the Classical era. With these two programmatic weightings, it has now been possible to achieve an extraordinary variety and longevity with this concert series. An inner desire of the ensemble is the helping to preserve the music of the past in its great diversity and to offer it to the public with living performances. The concerts in the splendid "Sala Terrena" (Garden Hall) of the "Rastatt Favorite Palace" (Schloss Favorite Rastatt), combined with the "historical" costumes of the musicians, resulted in the today's special reputation of the concert series and its almost historical dimension. Since 1982 Jochen Baier has been flutist and since 1991 flutist and leader of the ensemble. Under his direction, the ensemble has developed a wealth of programs through the variety of participating musicians and through intensive researches in libraries and archives. More than 2000 different compositions were performed during this time. During 540 concerts so far (until 2017), about 300 different composers were musically introduced and their curriculum vitae were presented in the historical context with text explanations. So far the concerts have been performed by more than 150 different musicians. Some of whom participated in one concert only. Others, as member of the ensemble, influenced the concert series with their activity through years or decades. View more information (in German) under: www.festliche-serenaden.de.