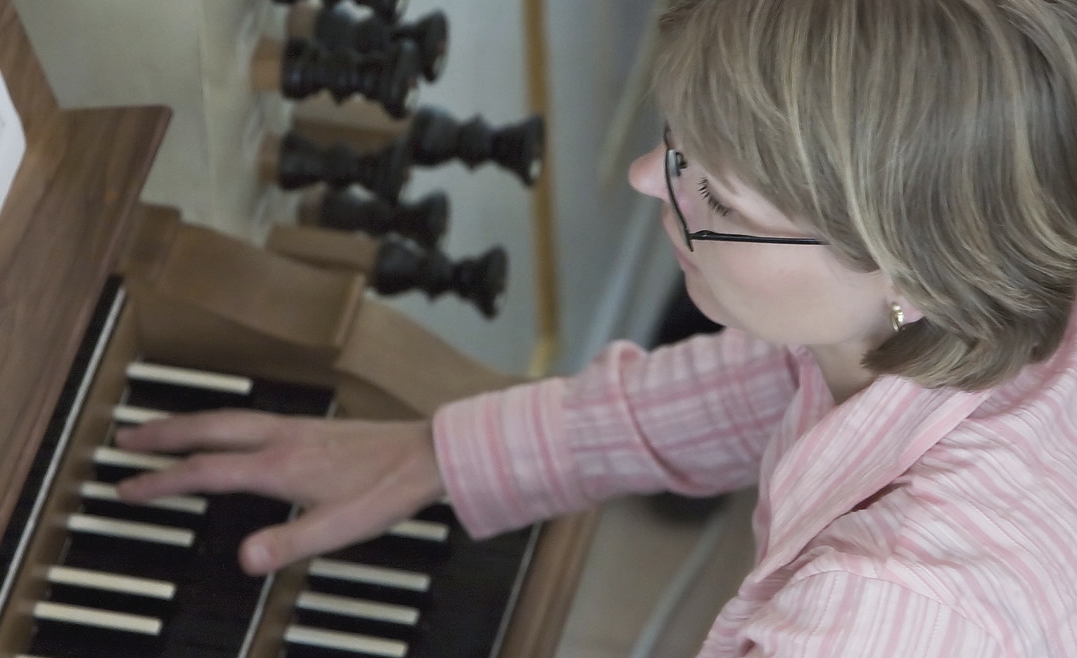 Ulrike Northoff, the internationally active concert organist, received her training at the School for Church Music in Esslingen near Stuttgart. After being awarded her diploma in church music, she continued her music education by specialising in organ studies at the Heidelberg School for Church Music. At the same time, she was actively participating in numerous master classes held by prominent organists (Prof. Bossert, Prof. Radulescu, Prof. Ruebsam). Since then, she has taken up an active concert career, performing on historical and modern organs in major churches all over Europe. She has given solo recitals in places such as the Marien-Cathedral in Riga, where she performed on the biggest Romantic organ in the world - the famous Walcker Organ. She has also played several times in Meissen Cathedral, one of the most important historical monuments in Germany. She is a regular guest at celebrated international organ festivals in, for example, the Polish city of Krakow or at Brno in the Czech Republic and Vilnius in Lithuania. Ulrike Northoff has given organ recitals in famous churches in Basel, Copenhagen and St. Petersburg as well as at important concert venues in Germany, including the Solitude Palace outside Stuttgart, the Stiftskirche in Tuebingen and several times at the Hoechster Orgelsommer festival in Frankfurt. Reviewers stress her 'palpable joy in playing' (Frankfurter Allgemeine Zeitung). She brings a 'rare freshness and vibrancy to the organ' (Stuttgarter Nachrichten). In addition to her solo concerts, Ulrike Northoff regularly appears in 'Organ Plus' programmes with musicians from the Hesse Radio Orchestra as well as with other soloists from Germany and elsewhere, winning acclaim for her 'delicate and adaptable accompaniment' (Frankfurter Rundschau). After several years as full-time cantor and music director in Bad Homburg, in 2001 Ulrike Northoff became the artistic director of the concert series 'Musik im Schloss' ('Music in the Castle'). Since 2006, as part of this series, she started the international Bad Homburg festival, 'Orgelsommer im Schloss' ('Summer with the Organ in the Castle').